The Climate March Embodied Everything We Do

The Climate March Embodied Everything We Do

This past Friday people from across the world came together to support Greta Thunberg’s Climate March movement. 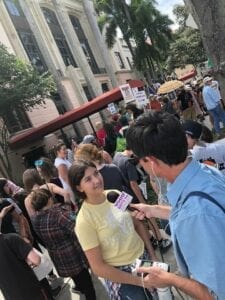 Our students were lucky enough to have the choice to participate as this was just another opportunity to experience another powerful, real life event.

To be clear, this was an event that built off of curriculum and our ways of work and our families were open to it. There was no hidden agenda. Simply another opportunity to build off of the science they’d learned about two years ago and then again the movement that was being built upon this year and supported by our local government.

It took time for the teachers to prepare the kids prior. It took effort for the kids to wrap their minds around the vastness of the ideas-both scientifically and the idea of what one person can do. It took both of those for our families to make the time to support their kids. Whether answering questions prior, guiding them in conversations, and some even showing up to march with them. 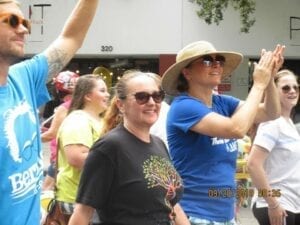 But if you could’ve heard their comments after, you’d know it was worth it.

One of our fiercely passionate middle schoolers said she felt, with a giant smile and fists balled up and shaking in an I’m overcome with awesome emotion, “I feel…I feel…like I’m ready to debate!” Ha! We loved that and will loosely translate that to her feeling powerful.

One of our high schoolers even shared that his ideas were changed. That he didn’t understand why people marched because he didn’t believe that it actually did anything to change the government. Entirely fair and honest. But he remained open and shared beautiful sentiments of understanding after.

Isn’t that what it’s all about?!

But if they experienced something for themselves and if they walked away with new ideas, that’s life changing and worth the work.

We have to give a huge shout out to Mrs. Pethe’ our resident environmental lover who initiated and helped inform and prepare us all for this event. 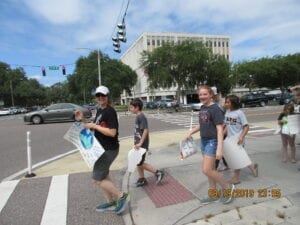